Crunk-a-tize Me, Captain
Prev Next
Search 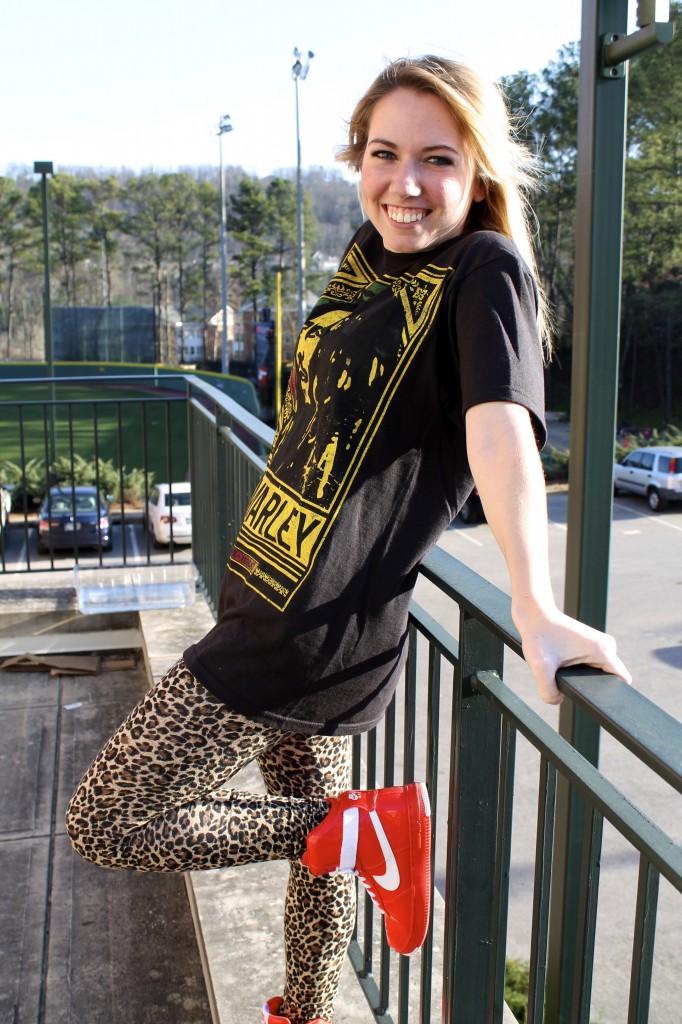 Head to toe, Samford student Katelin Rankin is a hip-hop queen. She rocks the leopard leggings with an oversized Bob Marley tee, and nothing-but-neon Nikes. The girl oozes with “coolness” as she prepares to head off to teach the newest fitness fad on the block, Crunk Fitness.

“People ask me if it’s like Zumba, but there’s a little more aerobics to it,” Rankin says. “It works your legs, your arms, your abs. It’s a whole body exercise. With hip-hop dance.”

Rankin, a certified fitness instructor, confirms that she burns up to 800 calories within the hour-long class, though if weight loss is the desired goal, Crunk Fitness should be paired with healthy lifestyle changes for best results.

“I decided to try it out with a couple of friends, and after that we fell in love with it and kept going back every week.”

Various instructors attempted to recruit Rankin to teach, but it was not until Crunk Fitness founder and creator Jamme Morginn, approached Rankin that she decided to seriously consider the offer.

Morginn began the hip-hop aerobics class in her church’s basement. As her classes began to rise in popularity, she added videos and DVDs.

“It’s grown ever since,” Rankin says. “Now she teaches at different gyms, and she has her own studio.”

Morginn has also formed a team of instructors to spread the beat across Birmingham. “The certification process wasn’t complicated at all,” Rankin says. “Over the course of four days, you go over the manual, learn how to teach a class, make your own video and then from there it’s either pass or fail. I’m glad I passed.”

As of right now, Crunk Fitness is unique to Birmingham. However, Rankin reports that one instructor resides in Los Angeles, and there are plans to spread the cardio craze to Nashville, Tenn.

“We’re pushing for Nashville. I think that will open up a lot of doors,” Rankin says. “But it will take a couple of years.”

Rankin has already begun to teach classes at Samford University. Free classes are also available at Railroad Park throughout the spring every Monday from 6-7 p.m.

Babies during a pandemic

Most Likely To Succeed: Dillon Hodges